I was going to suggest driving up to Lick Observatory to watch the Perseids meteor shower, but I saw they’re not doing anything special for the event, and then realized it’s best to just go to your nearest unclouded mountain for a good view. But this brought up the subject of a post I’ve wanted to do for a while: The Lick Observatory. If you don’t know, Lick Observatory is pretty significant in the world of astronomy, starting with this fact: world’s first permanently occupied mountain-top observatory.

The observatory is set atop Mt. Hamilton in the Diablo mountain range about 14 miles due east of downtown San Jose. That’s as the crow flies. By car it’s a long and windy road up Hwy 130 through Joseph D. Grant County Park, with a lot of serious switchbacks the closer you get (it’s said there are 365 turns in all). If you’re the type that easily gets car sick, you may want to think twice about making that drive. I often wonder how they built it, and what a pain in the ass it must have been. Well, it was, especially since construction started in 1876, long before anything resembling a modern road was created. In fact, there was no road at all up the mountain, which had to be built at less than 6.5 percent grade so the pack animals could make it up the hill with the building supplies. Not only did they haul everything up there, one wagon-full at a time, but they built a beautiful Classical Revival structure to boot. So why did they choose this location, especially with no road?

First of all, the ‘they’ is James Lick, a self-made man who started out as a successful piano maker in New York, then South America*, then later the Bay Area where he proceeded to buy up large tracts of soon-to-be valuable real estate just as the Gold Rush was getting underway. At the time of his death in 1876, he was the richest man in California. He also donated much of that wealth, $3 million, to charitable causes, including $700,000 to the University of California for the building of an observatory and a telescope “superior to and more powerful” than any yet made. (Upon its completion in 1888, the 36-inch refractor telescope included the largest lens ever made.)

Observatories had previously all been built in cities, close to where people, including astronomers, actually lived. But smog and light pollution were a growing problem in urban areas, and Lick was the first to look to the mountains for a pollution-free locale. Mt. Hamilton was near his ranch in San Jose, and it also happened to be the highest peak for 85 miles. Lick chose it on condition that Santa Clara County build a first-class road to the site. They agreed.

In the 1970s, light pollution from San Jose became an issue for the observatory. But in 1980 the city began to replace its streetlights with low pressure sodium lamps, which made everything okay again. Because of its efforts to reduce the light, and general support of the observatory, the city was honored with the naming of Asteroid 6216 San Jose.

Today the observatory is run by UC Santa Cruz, with 20-some families in residence at the site, including up to 10 visiting astronomers from the UC system. To visit the site and peer through the telescope, Lick Observatory has a summertime Friday Night Visitors Program on select Fridays from June through September. The next one is August 23, starting at 8pm, with UC Irvine professor James Bullock speaking on The Biography of the Milky Way. Or, you can come up for the Music of the Spheres Summer concert series on select Saturdays. The next one of those is August 24, featuring Bolivian guitarist and flutist Oscar Reynolds and Karumanta, with a talk by UC Santa Cruz professor Xavier Prochaska on Modern Cosmology.

The sunsets alone are worth the trip. But there’s nothing quite like peering at the heavens through a world-class telescope. Here’s an example of the types of images you might see (galaxies, nebulae, quasars, etc.) through the telescope at Lick Observatory: 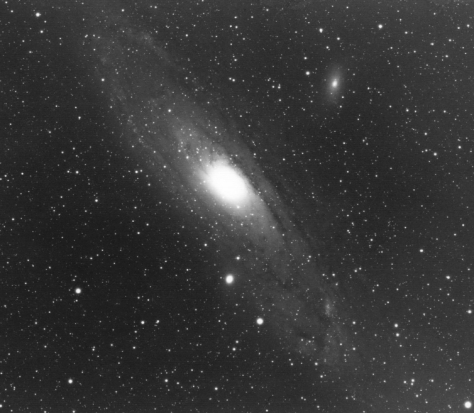 *(Interesting fact: Lick lived for a time in Peru, and upon arrival in California, convinced his friend and neighbor back in Lima, Domingo Ghirardelli, to move his chocolate-making business to San Francisco.)