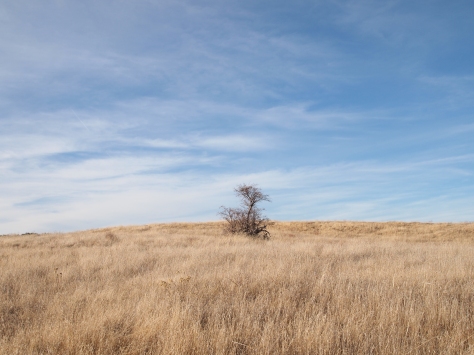 There are loads of mountain peaks in the Bay Area – nearly 300 that fit the official 1,000-plus-feet definition – with most of them easily accessible (no crampons needed). And the best thing? no matter where you live in the Bay Area, you’re 3o minutes or less from any number of them. I recently discovered one such peak at the Almaden Quicksilver County Park and Sierra Azul Open Space Preserve. Starting at the 3,600-acre Almaden park, we hiked up the Mine Trail through live oak and other smaller trees for decent views of the valley and adjacent mountains – the trail ascends quickly. Most interesting are the remnants of the mercury mines that were in operation from 1847 to 1976, as well as the nearby village of bungalows along Almaden Road that once housed mine workers. For an expensive, 5-star meal, you can dine on escargot and wild game at La Foret restaurant located here.

For even better views, we drove on to the adjacent Azul preserve along a two-lane country road, and took it all the way up near the top of Mount Umunhum. There were a couple bikers gathered here on their weekend cruise, and we parked off to the side of the road just before the gate (there’s no parking lot). The higher elevated (and 22nd highest) Mount Umunhum is closed to the public, so we headed off to our left on Bald Mountain Trail, and strolled the half-mile on a flat road to the treeless summit. To the north, San Jose and the valley were laid out before us, including an outcrop of downtown buildings in the distance. It was a bit hazy on this day, but otherwise you can get a clear view of Mount Hamilton and the Diablo Range to the northeast. Besides the view, it’s just a very lovely and serene spot, and one that doesn’t require too much effort. For that, simply drive back down to Hicks Road and park at the lot where you can pick up Woods Trail, also part of the Bay Area Ridge Trail, and hike off for miles in either direction.