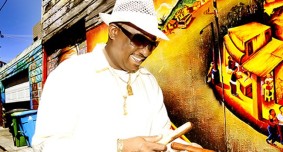 Well, it’s Friday afternoon, time to start thinking about options for the weekend. I see that Union Street Eco-Urban Street Fest is running all day Saturday. But unless they drastically improved it from last year, there’s nothing either eco or urban about it. It is on Union Street though. It’s just your basic street fest, with the usual suspects selling beer, barbeque, gyros, artsy-crafty stuff, and a few disappointing eco booths tossed in for effect. A woman selling honey last year seemed lost and really out of place. Union Street denizens seem largely indifferent to it, stumbling through for a beer, or gathering instead at one of several popular bars, like any other weekend. The best thing about it is the price: free.

Which is more than you can say for the Sunset Weekend Celebration 2012 in Menlo Park, put on by Sunset Magazine, and charging 16 bucks a head. Kids are free, so maybe you can dress your girlfriend up in that Catholic school-girl uniform like you’ve always wanted. Looking at their presentations schedule (sponsored by Ikea and Safeway) their presenters include Sunset editors and Safeway’s executive chef. You can probably just read the magazine and save yourself the money. I’m sure it might possibly be somewhat interesting, but $16!? It’s the price and the principle of it. Unless they’re offering free foot massages and free samples in the beer garden… or free foot massages in the beer garden! …I think I just hit upon an idea for the ultimate street fest.

So those are two thing I probably won’t do.

But I will try to start my day with a free coffee (Blue Bottle) at the ‘better late than never grand opening’ of Vinyl Coffee and Wine Bar, 359 Divisadero, Sat and Sun. The place actually opened last year, and is on the corner of Oak/Divisadero. I used to go to the coffee place that was there before, and have been curious to check this new place out. This would be a good opportunity.

From there the Sunset Artisan Fair on Lawton in the outer Sunset looks promising, though small, if you’re into etsy type arts and crafts. And it’s free.

The Berkeley World Music Festival is culturally all over the place, kind of like Berkeley, veering from klezmer to Cuban son to Argentinian tango to Zimbabwean dance music. But outdoor music festivals can be fun, and though I’m not familiar with these bands, I get the feeling they’re gonna give it their all. Just be prepared for some musical whiplash. It starts at noon at People’s Park, and it’s free!

And you could do a Berkeley double while you’re there and stop by the 8th annual Farmers Market Family Fun Festival in MLK Jr. Civic Center Park, 10am-3pm. This could be the best thing going for the weekend, especially if you want to pick up some great produce, and you have kids to entertain. There’s lots of kid-friendly activities scheduled, including baby goats and piglets!

I usually don’t like to spend my weekends in Fremont, but I could make an exception with the Charlie Chaplin Days Silent Film Festival. Besides showing six shorts and the classic feature, The Kid, they’re also blocking off the street outside the Niles Film Museum for penny arcade games, look-a-like contests and a pie fight.

That’s all I got.